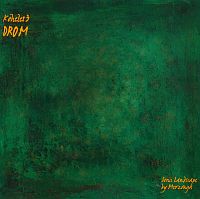 In Romanes DROM means “The Path”. The long-lasting musical companions of the band Kohelet 3 focus on songs of Eastern Europe’s great nomadic cultures: the Roma and the Eastern European Jews. Another key aspect is the music of bandleader Bohdan’s homeland Ukraine. DROM features a genuine musical experiment: After the shared experience of a travel to Ukraine, Ewa and Bohdan Hanushevsky invited their eldest son Janko to compose contemporary, electronic music for their upcoming CD-production, together with his duo-partner Eva Poepplein. The idea was to combine elements of the journey with field-recordings of Ukrainian folk-songs and blend them into a unique esthetical entity. Two different musical worlds meet and create for a moment of music that is both Eastern European folklore and contemporary electronic composition.