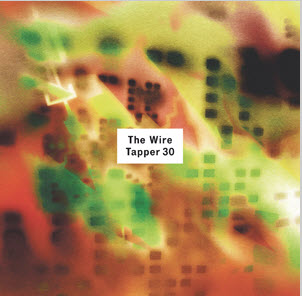 Compiled by the London based WIRE magazine, the WIRE Tapper presents new international positions in electronic and improvised music

Fragment #2 by Merzouga featured on WIRE Tapper 30,
Audio-CD released by THE WIRE Magazine

Merzouga is a spot in the Sahara where Cologne-based computer-musician Eva Poepplein and electric-bassist Janko Hanushevsky encountered the roaring silence of camel-flies and sand tickling down the dunes. Nurturing the listener’s awareness for the sonic richness that surrounds us has become Merzouga’s musical objective. Since 2002 they have been performing free-improvised music and composing music for radio, film and theatre. Working musically with field-recordings from their travels is a central aspect of their ars-acustica work. Their award-winning radio-works have been commissioned by German broadcasters. In 2009 they listened to 600 historic wax-cylinder-recordings at the Berlin-Phonographic-Archive. In 2011 their sound-composition “Mekong Morning Glory” was released on GRUENREKORDER.